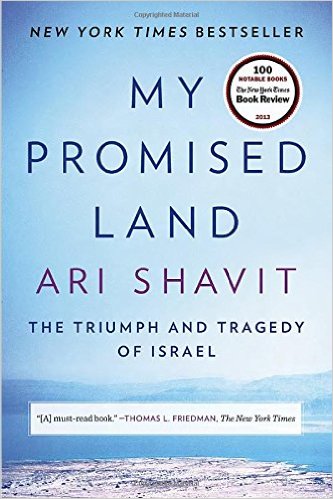 What We Are Reading

January 22, 2017, 2:00-3:30pm
﻿My Promised Land: The Triumph and Tragedy of Israel﻿ by Ari Shavit
Facilitated by Michael Davidson, lecturer, LMU Jewish Studies
Von der Ahe Family Suite, 3rd floor of Hannon Library
Not since Thomas L. Friedman’s groundbreaking From Beirut to Jerusalem has a book captured the essence and the beating heart of the Middle East as keenly and dynamically as My Promised Land. Facing unprecedented internal and external pressures, Israel today is at a moment of existential crisis. Ari Shavit draws on interviews, historical documents, private diaries, and letters, as well as his own family’s story, illuminating the pivotal moments of the Zionist century to tell a riveting narrative that is larger than the sum of its parts: both personal and national, both deeply human and of profound historical dimension.

February 26, 2017, 2:00-3:30pm
﻿The Fifth Son﻿ by Elie Weisel
Facilitated by Margarete Feinstein, lecturer, LMU Jewish Studies
Von der Ahe Family Suite, 3rd floor of Hannon Library
Reuven Tamiroff, a Holocaust survivor, has never been able to speak about his past to his son, a young man who yearns to understand his father’s silence. As campuses burn amidst the unrest of the Sixties and his own generation rebels, the son is drawn to his father’s circle of wartime friends in search of clues to the past. Finally discovering that his brooding father has been haunted for years by his role in the murder of a brutal SS officer just after the war, young Tamiroff learns that the Nazi is still alive. Haunting, poetic, and very contemporary, The Fifth Son builds to an unforgettable climax as the son sets out to complete his father’s act of revenge.