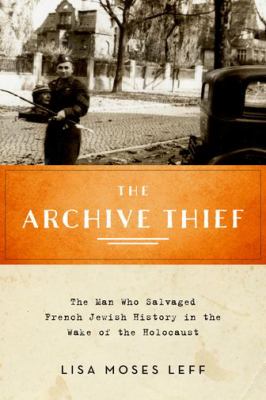 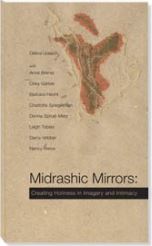 What We Are Reading!

Sunday, September 11, 2016 -- 2:00-3:30pm
The Archive Thief by Lisa Moses Leff
Facilitated by Dr. Elizabeth Drummond, History Dept.
In the aftermath of the Holocaust, the Jewish historian Zosa Szajkowski stole tens of thousands of archival documents related to French Jewish history from public archives and collections in France and moved them, illicitly, to New York. Why did this respectable historian become a thief? And why did librarians in the United States and Israel accept these materials from him, turning a blind eye to the signs of ownership they bore?
In The Archive Thief, Lisa Moses Leff reconstructs Szajkowski's gripping story in all its ambiguity. Born into poverty in Russian Poland in 1911, Szajkowski was a self-made man who managed to make a life for himself as an intellectual, first as a journalist in 1930s Paris, and then, after a harrowing escape to New York in 1941, as a scholar. Although he never taught at a university or even earned a PhD, Szajkowski became one of the world's foremost experts on the history of the Jews in modern France, publishing in Yiddish, English, and Hebrew. His work opened up new ways of thinking about Jewish emancipation, economic and social modernization, and the rise of modern anti-Semitism.
But beneath Szajkowski's scholarly accomplishments lay his shameful secret: his pathbreaking articles were based upon documents that he moved illicitly to New York. Eventually, he sold these documents, piecemeal, to American and Israeli research libraries where they still remain. Leff takes us into the backstage of the archives, revealing the powerful ideological, economic, and psychological forces that made Holocaust-era Jewish scholars care more deeply than ever before about preserving the remnants of their past. As Leff shows, it is only when we understand the issues at the heart of his story, in all their ambiguity and complexity, that we can begin to address the larger questions of the rightful ownership of Jewish archives, as well as other contested archives, that are still at issue today.

Women Unchained, an important film documenting the experiences of modern-day agunot, or women whose husbands refuse to grant them a Jewish divorce. According to traditional Jewish law, a woman who is an aguna (from the Hebrew word meaning “chained”) cannot re-marry.

Among the women profiled are Susan Weiss, founder of the Center for Women’s Justice, who successfully sued in Israeli court a husband who refused for 16 years to grant his wife a get; Sharon Shenhav, director of the International Jewish Women’s Rights Watch, who represented the Israel Bar Association on the commission appointing judges to the Israel Rabbinical Courts; Rachel Levmore, author of the Agreement for Mutual Respect pre-nuptial agreement, who tracks down recalcitrant husbands around the world; and Rabbi Gedalia Dov Schwartz, chief judge of the Chicago Rabbinical Council and the Beth Din of America.

Women Unchained documents the religious court established by the late Rabbi Emanuel Rackman, which frees women from recalcitrant husbands through the issuing of annulments, and the efforts of Brooklyn District Attorney Charles Hynes on behalf of Jewish victims of domestic violence and get extortion.

Set in a Paris darkened by World War II, Sara Houghteling’s sweeping and sensuous debut novel tells the story of a son’s quest to recover his family’s lost masterpieces, looted by the Nazis during the occupation.

Born to an art dealer and his pianist wife, Max Berenzon is forbidden from entering the family business for reasons he cannot understand. He reluctantly attends medical school, reserving his true passion for his father’s beautiful and brilliant gallery assistant, Rose Clément. When Paris falls to the Nazis, the Berenzons survive in hiding. They return in 1944 to find that their priceless collection has vanished: gone are the Matisses, the Picassos, and a singular Manet of mysterious importance. Madly driven to recover his father’s paintings, Max navigates a torn city of corrupt art dealers, black marketers, Résistants, and collaborators. His quest will reveal the tragic disappearance of his closest friend, the heroism of his lost love, and the truth behind a devastating family secret.

Written with tense drama and a historian’s eye for detail, Houghteling’s novel draws on the real-life stories of France’s preeminent art-dealing familes and the forgotten biography of the only French woman to work as a double agent inside the Nazis’ looted art stronghold. Pictures at an Exhibition conjures the vanished collections, the lives of the artists and their dealers, the exquisite romance, and the shattering loss of a singular era. It is a work of astonishing ambition and beauty from an immensely gifted new novelist.

Midrashic Mirrors: Creating Holiness with Intimacy and Imagery was written by Dr. Debra Linesch and reflects years of studying biblical text and creating personal responses with images and words. It features the voices and artwork of various women, and is an exciting example of collaborative meaning-making. The imagery was created within a context of intimacy to celebrate that phenomenon which is at the heart of the Jewish endeavor: meaning and understanding. The book represents non-traditional ways to think about faiths and faith traditions.